In 2012, the Government of California made the word DENIERS its official name for the opponents of Climatism, and has devoted a special page on its website to insulting us: https://www.opr.ca.gov/s_denier.php [permalink 2]. But the ALARMISTS got even non-controversial data wrong, and replaced it only when alerted by a “denier”.  Obscurantist morons!

The Governor’s Office of Planning and Research also provides helpful advice to Californian citizens on how to identify us: “Many of the deniers share some traits…”  This witch hunt follows a serious drought, caused by the decades-old environmental activism of Jerry Brown. 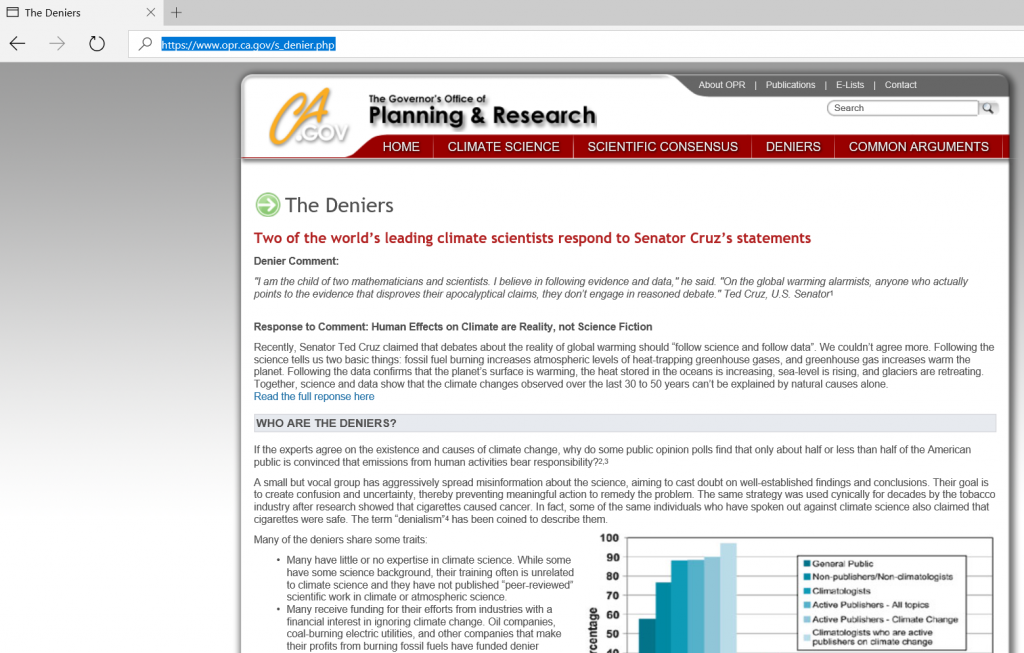 The Governor’s Office also repeats usual lies about the so-called “scientific consensus”, “climate science,” and the conspiracy theory about “a well-organized climate change counter-movement,” funded by “companies that make their profits from burning fossil fuels.”