The morons who organized the “March for Science” listed the ‘United States’ and ‘USA’ as two different countries on their website: 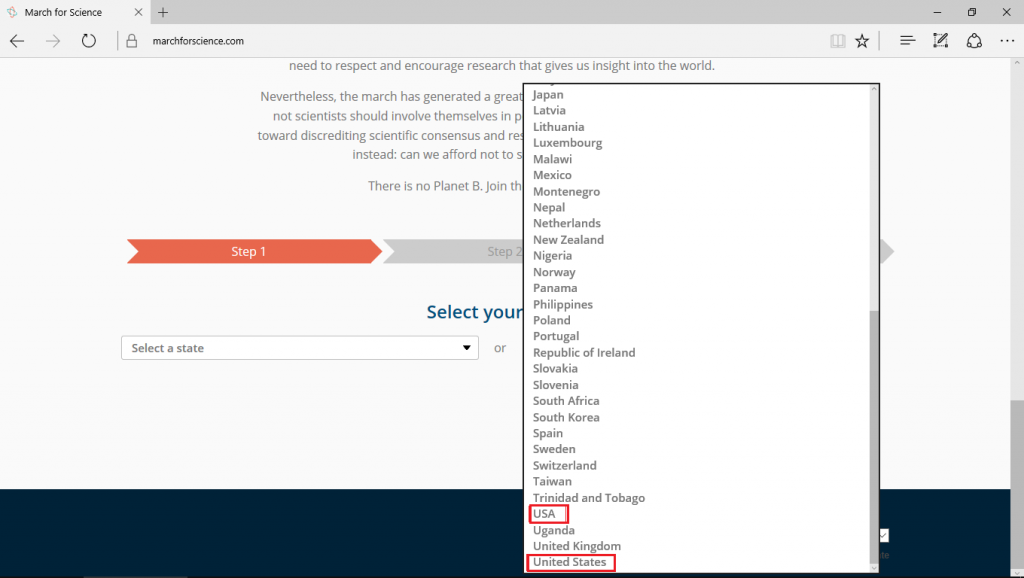 They also put the United States at the end of the list, but we are used to that.  Of course, Bill Nye the Clown will participate, although he won’t be leading the march.  Expect fawning coverage by the fakestream media.

Update (2017-04-21 7am): they removed USA and added Vietnam below the United States in the list of countries.  Still morons.  I especially recommend the viewing of the list of their shameless partners.

Update (2017-04-23 8am): the fawning coverage by the fakestream media was as predicted: NY Times (plenty of photos), Washington Post, CBS News, The Atlantic etc.