It is getting more weird on Reddit.  I have been banned after re-posting the link to my article, pointing to the math errors in IPCC climate models and to the failure by so-called “climate modelling community” to develop specialized chips that would have allowed it to produce its garbage predictions thousands times faster: 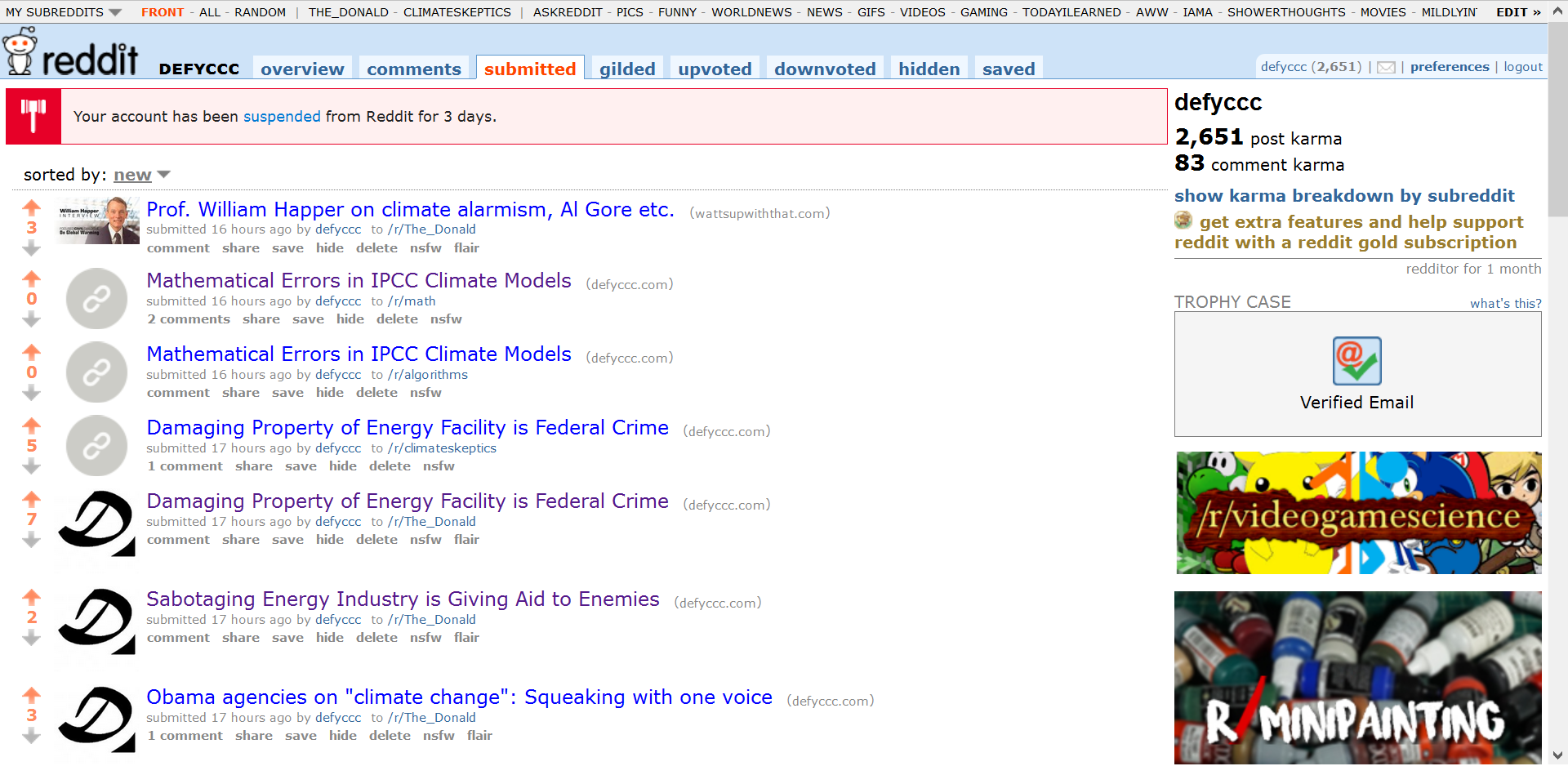 This happened few days after I was banned from the news subreddit.

2 thoughts on “Reddit is too Red for Climate Realists”