The linear no threshold model is wrong as usual, although it is used here in the opposite direction than in the chemical and radiological scares.

Almost immediately after publication, Facebook used these “studies” in an unmarked advertorial published in The Telegraph, UK. These erroneous studies, combined with other evidence, establish a pattern in OII “research” – low effort, low quality, incorrect studies with conclusions supporting their donors’ agendas, followed by broad media coverage of the unsupported conclusions.

The same methodological defect was present in OII papers on the same subject since Przybylski & Weinstein (2017).

The following chart shows the suicide rate among girls of 13-17. It has increased by 2.6 times from 2007 (when iPhone was introduced) to 2017, possibly linked to the use of the so-called social media and/or smartphones. 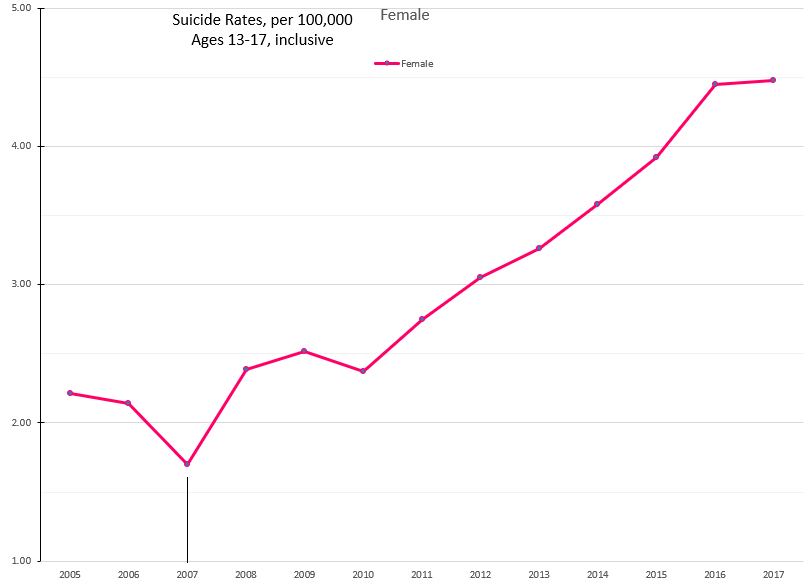