The local investigation into the shooting continues, according to Dr. Roy Spencer.

Notably, the “March For Science” organizers removed from their website evidence of “financial support” to their satellite marches, either on the day of the March or immediately after it.  This screenshot was taken on April 25: 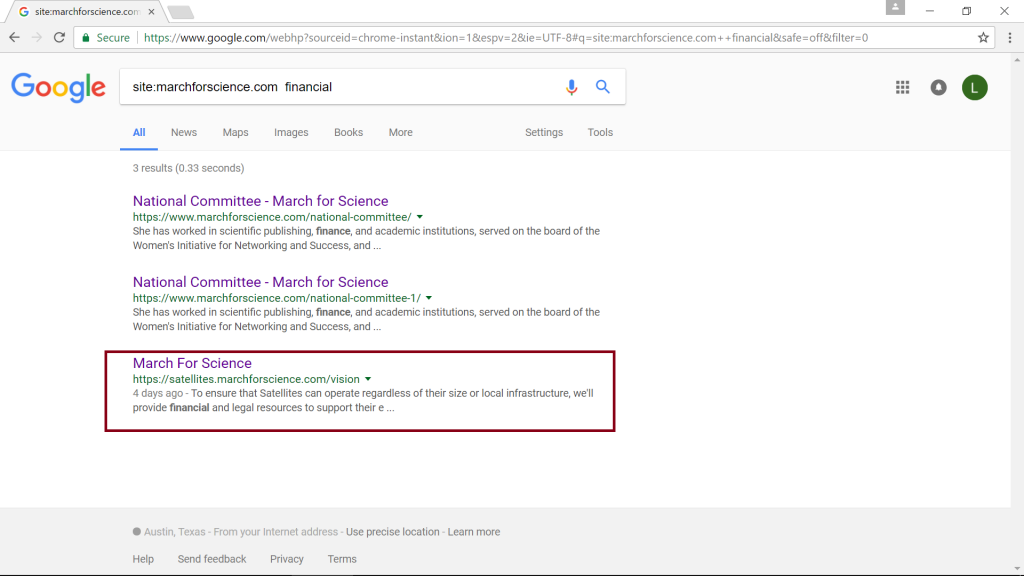 The promise of “financial and legal resources” was already removed from the site on that day, and remained only in the Google snapshot.