“Earth Is Tipping Because Of Climate Change,” according to a headline in ScAm (the Scientific American).  This headline indicates the abyss of ignorance into which the editors and the readers of this formerly respectable journal have fallen, after a quarter century of promoting the alarmist pseudo-science. 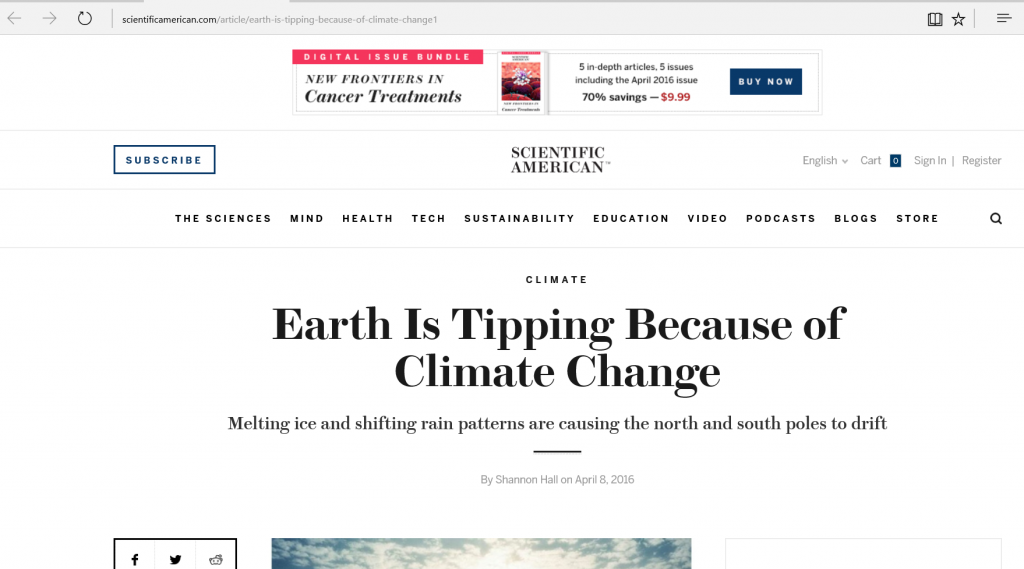 A few years ago, when a naval officer was testifying about stationing 8,000 Marines on Guam, Congressman Hank Johnson (D-GA) told him: My fear is that the whole island will become so overly populated that it will tip over and capsize.  Then he kept on blabbering about global warming (video). Now he looks like a genius compared to the Scientific American editors.