No, a red triangle with a black outline is not a nazi symbol. Far left outfits Color of Change and/or Bend the Arc have shown a red triangle, attached to prisoners’ uniform, and a document in German. This is a smear campaign. The attempted demonetizing of The Federalist was the first shot in it.

But even if it were, we don’t know all symbols used by nazies and other bad people throughout the history. 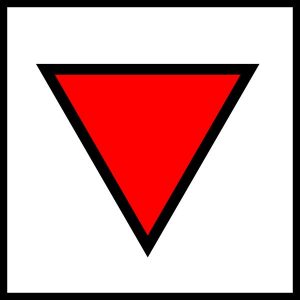 There are certain symbols publicly associated with the nazies. A triangle is not one of them. There are only so many simple geometric figures, and unintentional repetition is inevitable.

This removal has been orchestrated to happen in the time of the House Intelligence Committee hearing, when a representative of Facebook testified about cyber-security!