The following table shows that the most visibility of neo-nazi sites dailystormer.com and stormfront.org came from formerly mainstream leftist news outlets.  stormfront.org had PGSTN = 25.0%, and additionally received 6.9% traffic from Google’s Youtube and Wikipedia.  No traffic from conservative, right, or even “alt-right” sites has been recorded.

These are the top 16 among domains providing top 100 equity-carrying links to the two neo-nazi domain (skipping reddit.com and feeds.feedburner.com because they do not control their content). ‘–‘ means that the website is not in the table of top 100 links, not that it has no links. The data is from Moz.com, August – September 2017. Only equity carrying links are included. The PDFs are available – 1, 2.

Google offered the following suggestions when I typed ‘did the h‘: 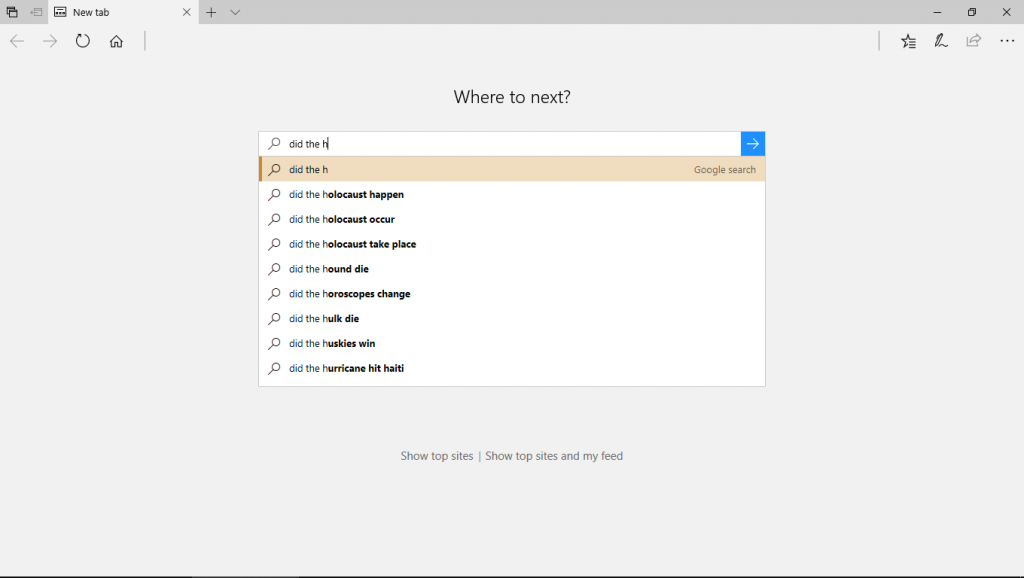 Because “the resistance” keeps likening climate realists to Holocaust deniers, one might be curious as to whether climate skeptics sometimes get prominent positions, too.  No, that does not happen.  The searches does climate change exist and does climate change happen, performed on 2017-09-15 (so they cannot be directly compared to Google searches in Dec 2016), return exclusively climate alarmist websites on the first page, except that the former one returns a page with arguments from both sides from procon.org. 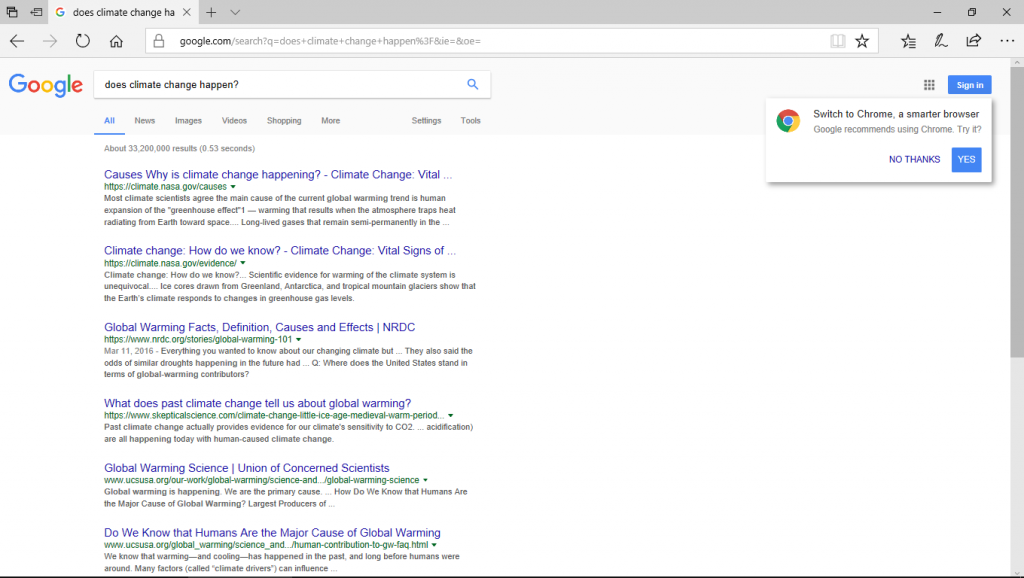 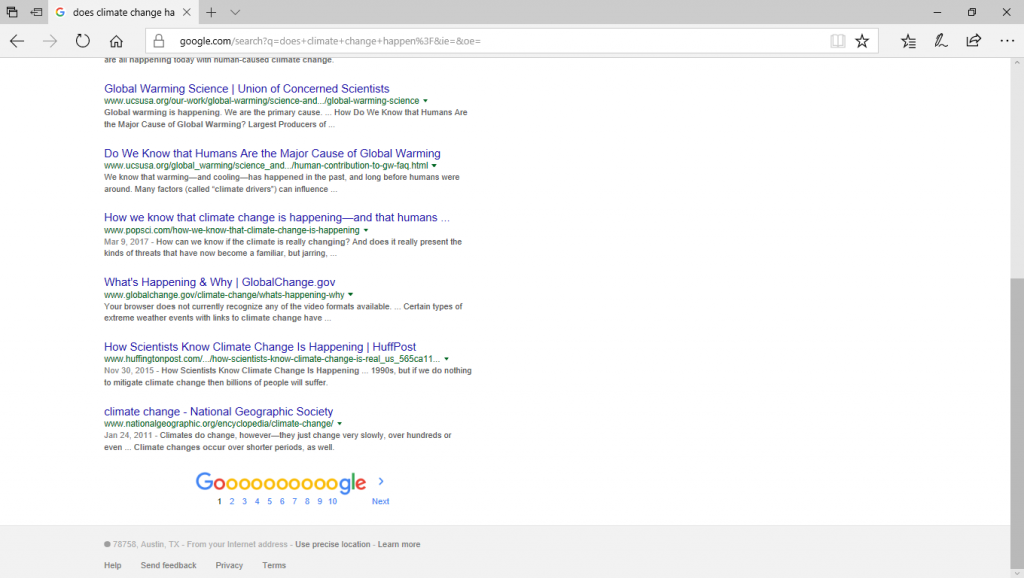 All the tests have been performed with Microsoft Edge, clean configuration, in Austin, TX.