Treating a Pandemic Respiratory Disease with a Mutagen is a Doomsday Scenario, preprint, 2021-12-02 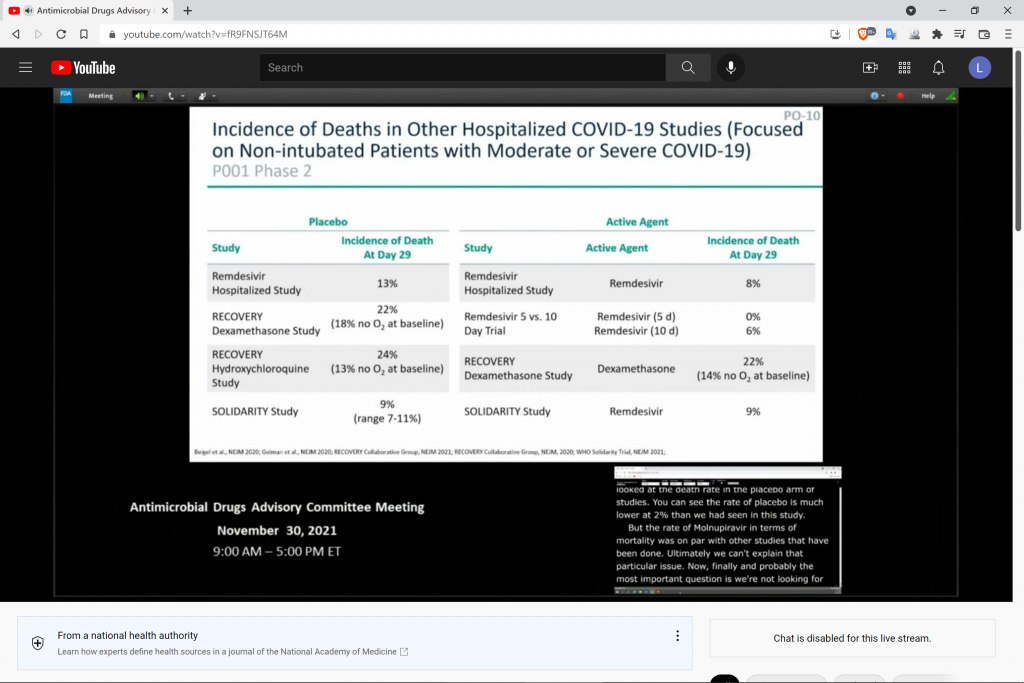 BTW, the heterogeneity of the claimed results by country shows that Merck’s claims of Molnupiravir efficacy are incorrect 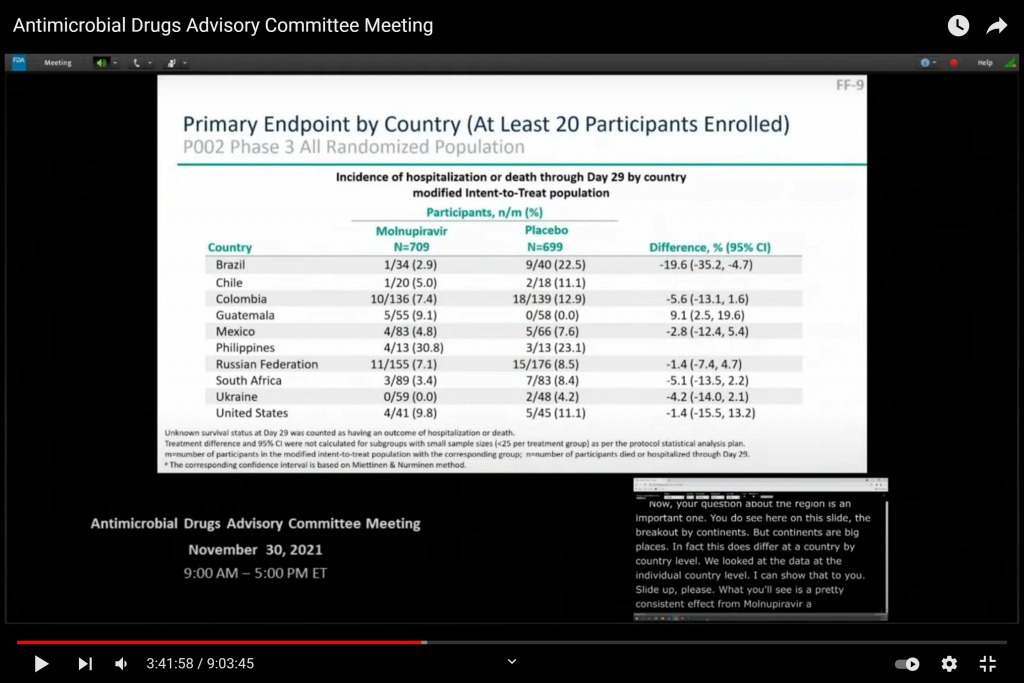 In Guatemala, 5 out of 55 Molnupiravir arm subjects were hospitalized or died, compared with 0 out of 58 in the placebo arm.