Earlier, Google banned my SHFi AdWords account. After overcoming some obstacles, I created a personal account, intended to support Ted Cruz and Republicans. Google refused to display my messages and links with a message “Disapproved: Election advertising in the United States.” 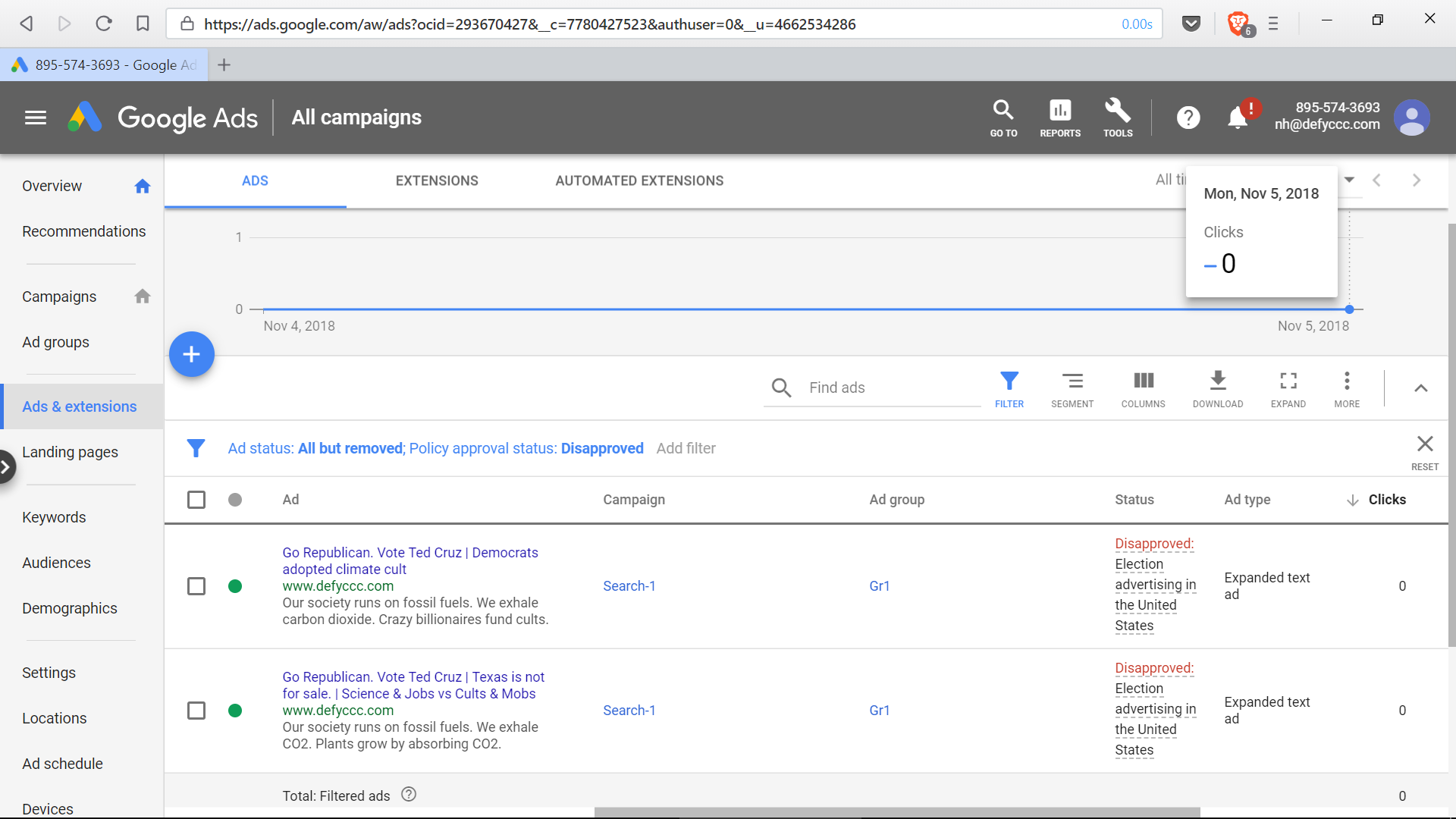 I am a citizen, and Google knows that. Google probably knows about me more than I do. Nevertheless, Google directed me to submit an “application“, providing Google with personal information to which it is not entitled, and agreeing to Google’s Advertising Terms. I did not agree and Google banned me from using its AdWords for political speech.

In the same time, Google aided foreign entities to interfere in the election on the side of the Democratic party. As an example, the following screenshot shows Google search results for the word ‘election‘. Notice the big insert of the Reuters article, promoting Bernie, Gillum, and O’Rurke. Reuters is UK based. The test was performed using MS Edge browser in clean configuration in Austin, TX. 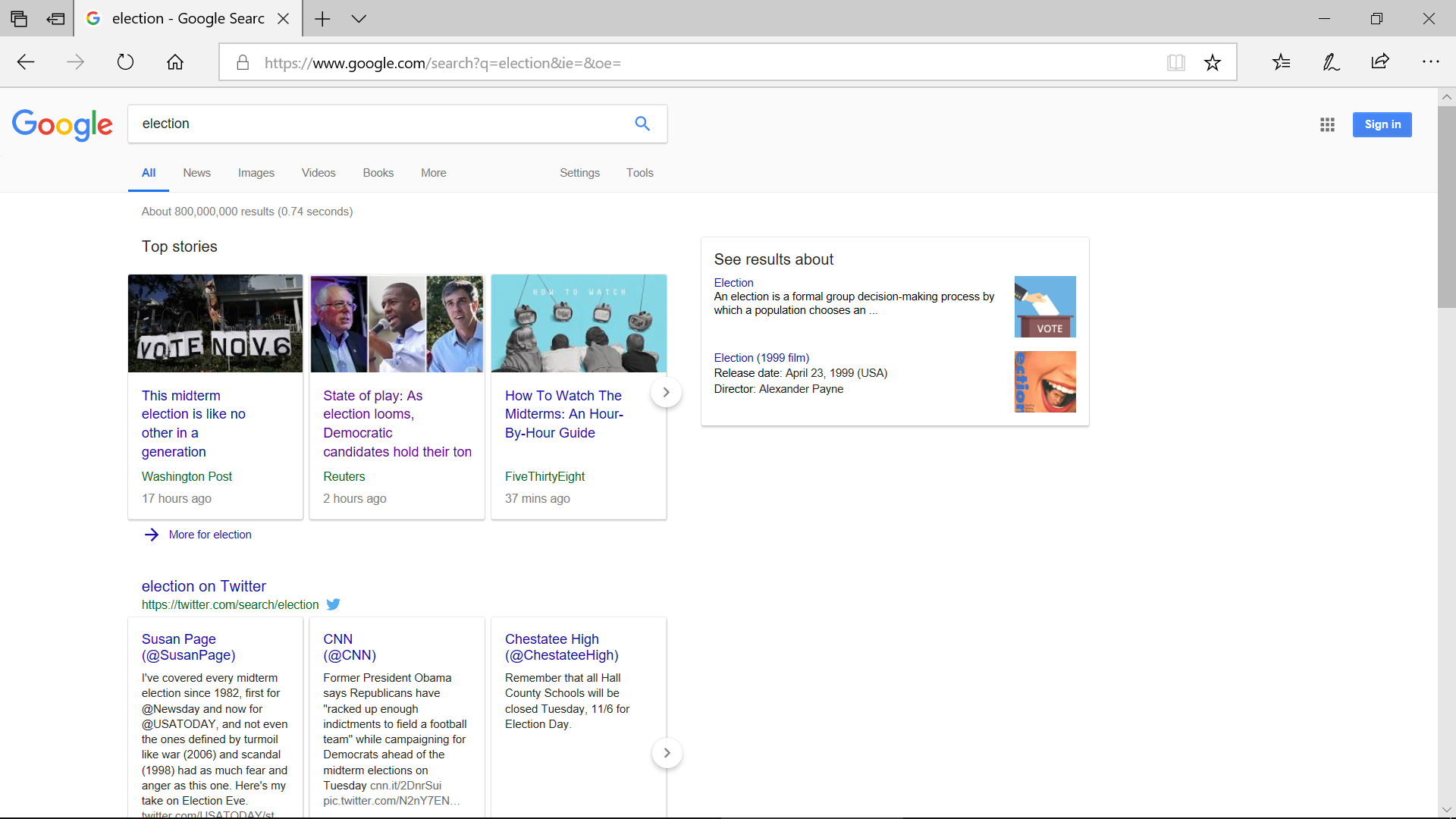 In the context of electioneering communication, there is no distinction between paid and “organic” links, tweets, or posts — both types involve financial expenditures made with intent to influence US elections. “Organic” links, tweets, and posts are even more effective because their  intent to influence elections outcome is hidden from viewers. The campaign financing laws prohibit foreign persons and entities from making such expenditures. Practically, it is impossible to control foreign entities.  But it is possible and necessary to bring to justice Google, Facebook, and Twitter that aid and enable them. 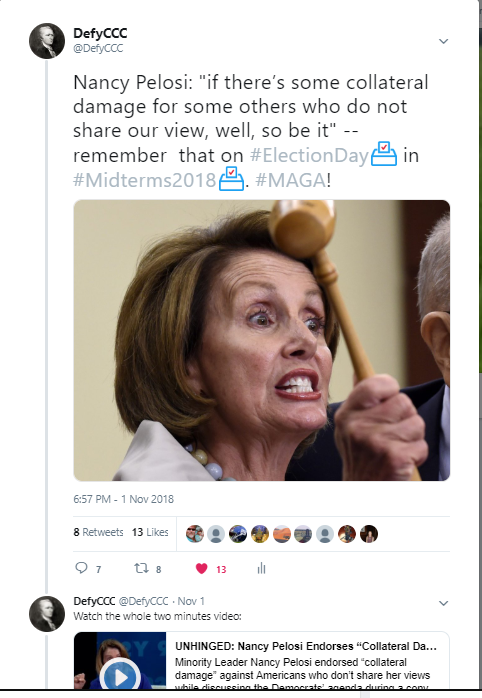 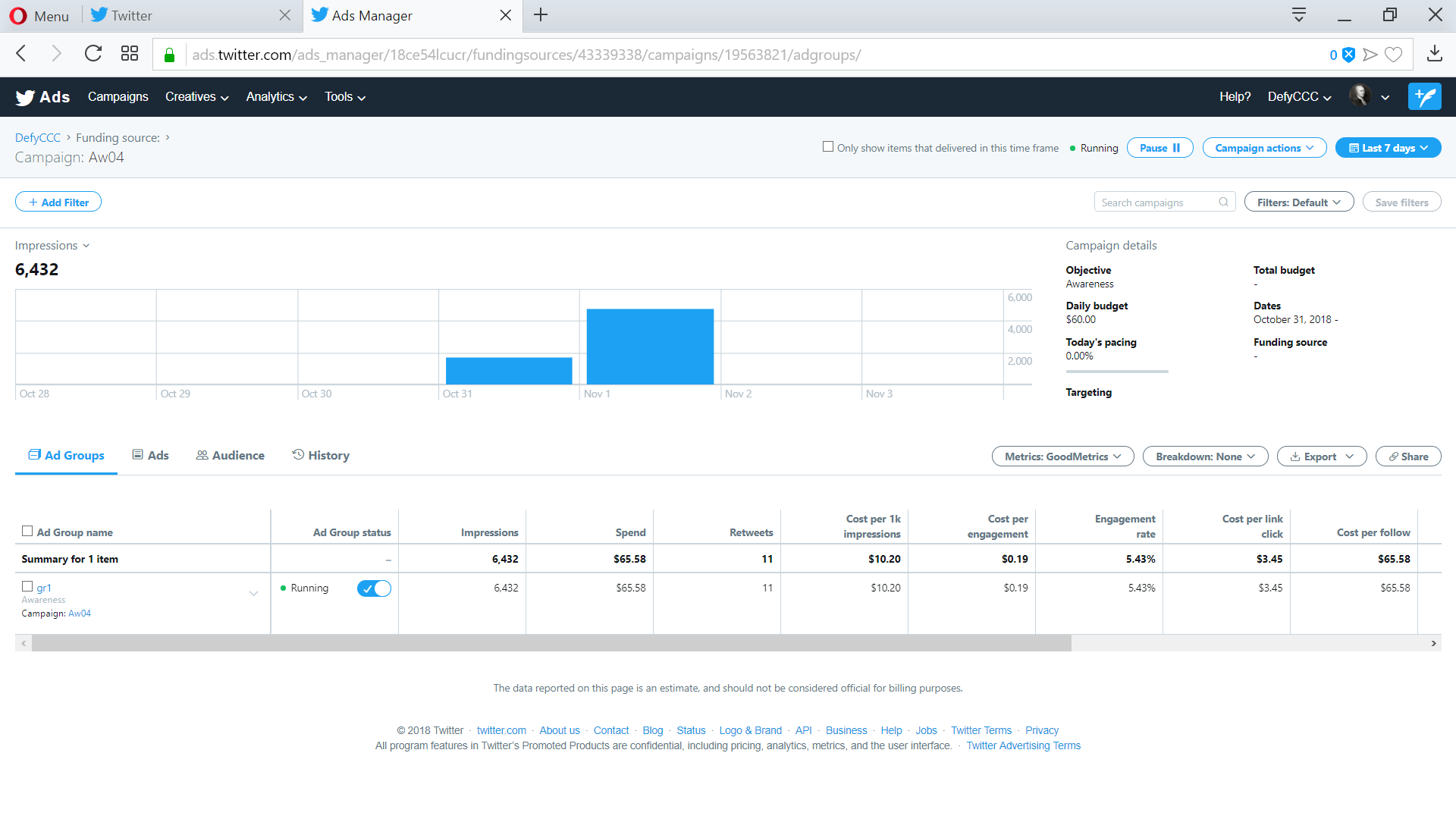 When I discovered that on November 3, Twitter “support team” engaged me in distracting and misleading email chat. Thus, Twitter denied me the opportunity to run send election-related tweets, while aiding foreign persons to do that.

I have been approved into the group United Republicans, although I applied to join many months ago. The first thing I saw was a number of posts, misleadingly attempting to discourage likely Republicans from voting. Examples: 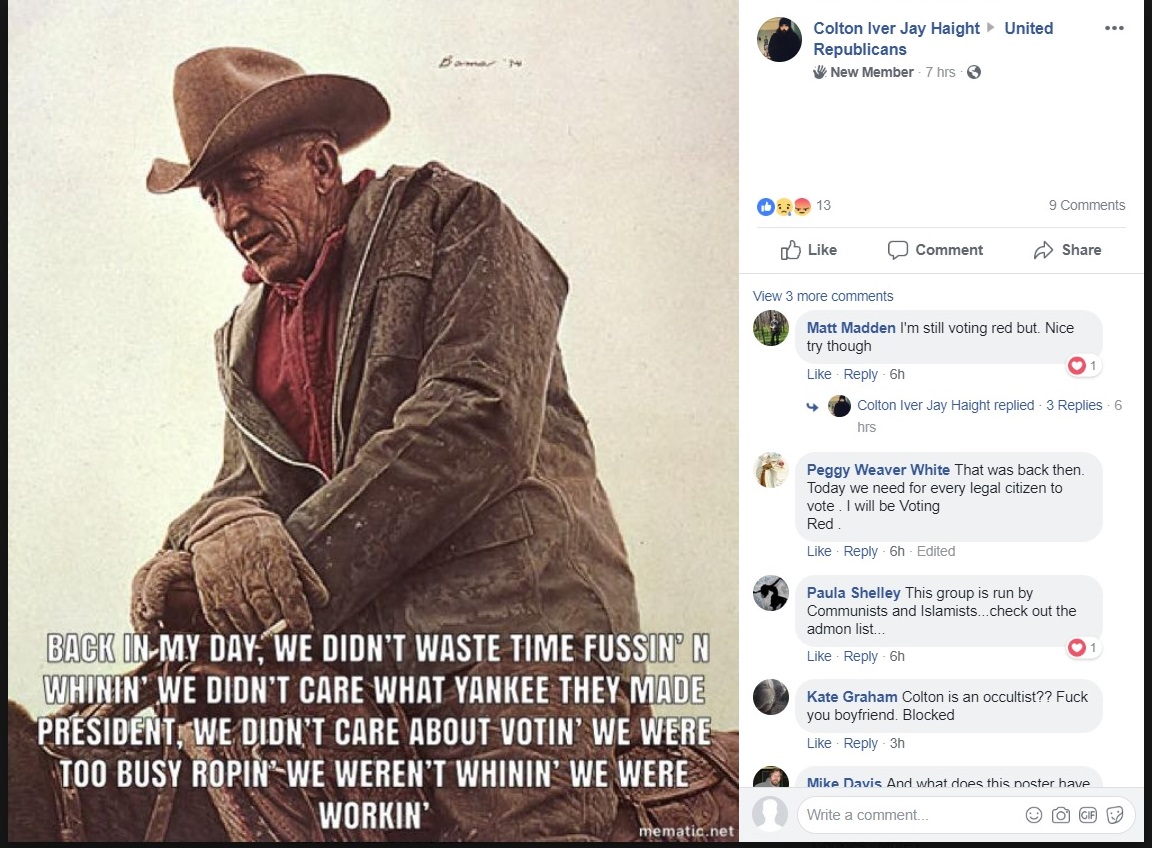 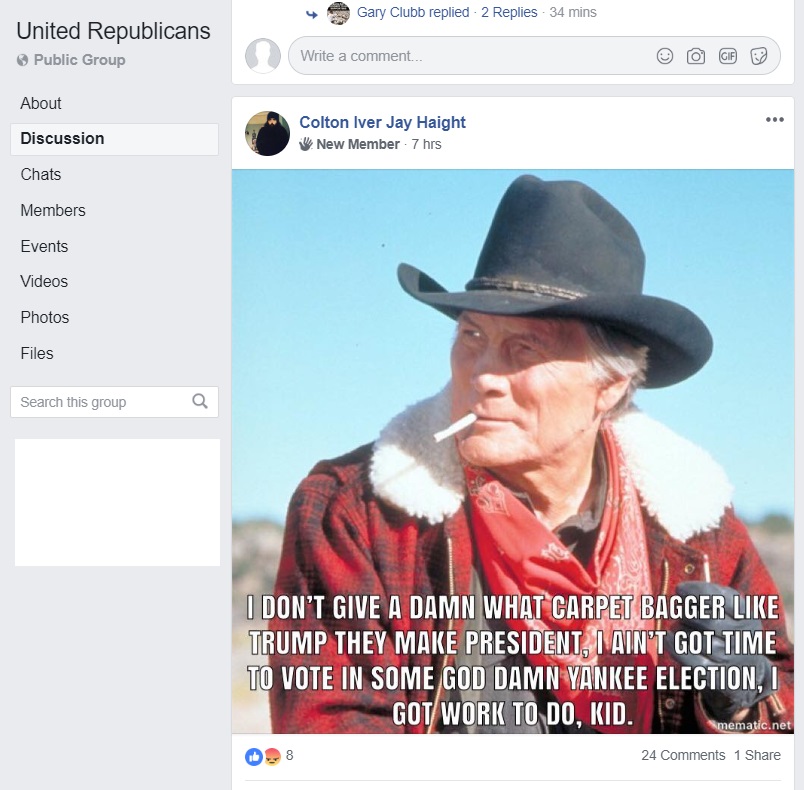