After I followed @realDonaldTrump on Twitter, Twitter immediately suggested me to follow Hillary Clinton and CNN Breaking News. Do people who follow Donald Trump want to follow Hillary and CNN Faking News? No, they don’t. Twitter attempts to persuade Trump supporters to switch switch to the opposite political side. That reminds me Google’ Jigsaw and its Redirect method, allegedly developed to counter ISIS recruitment, but  deployed against American conservatives.

When I followed Joe Biden (after closing the browser and logging in Twitter again), Twitter suggested me to follow Bill Clinton, Barack Obama, and Elisabeth Warren. It didn’t suggest any Republican or conservative news outlet. 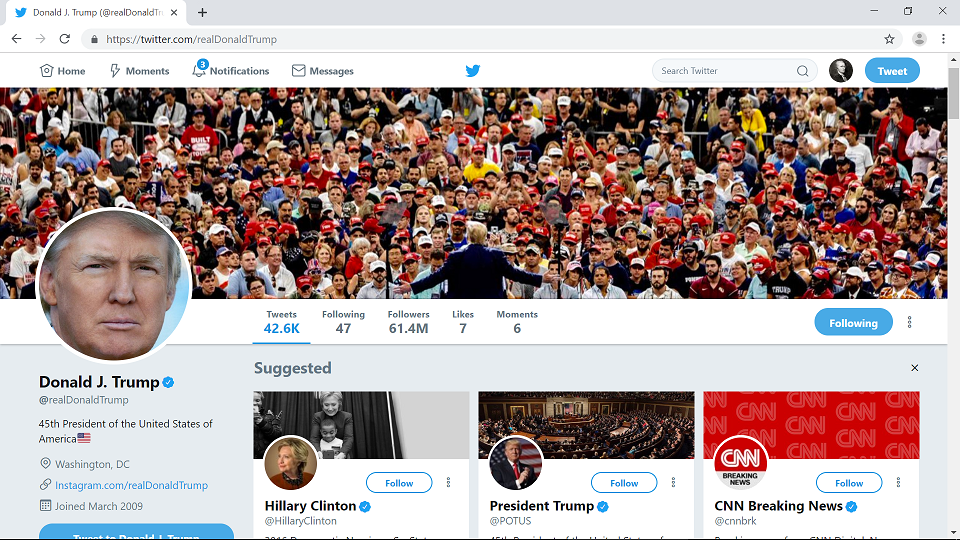 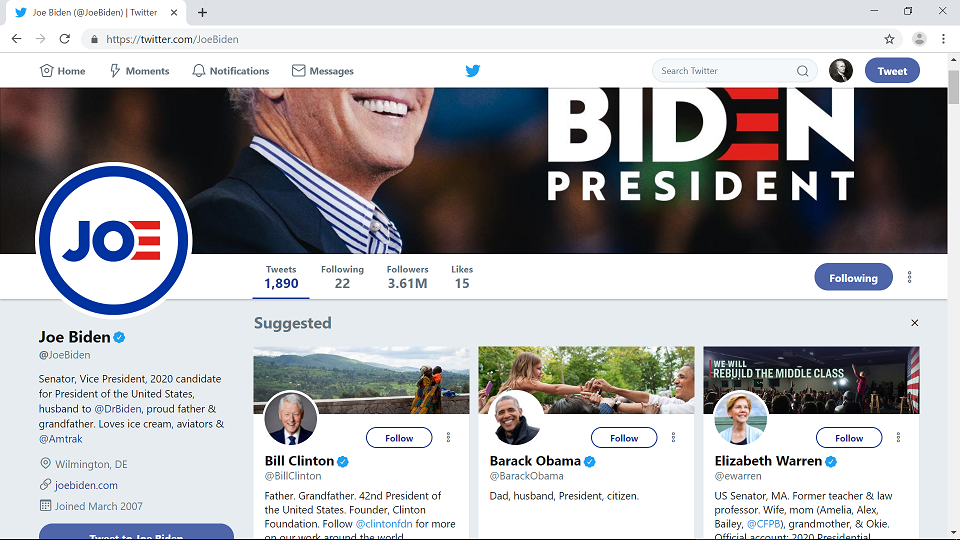 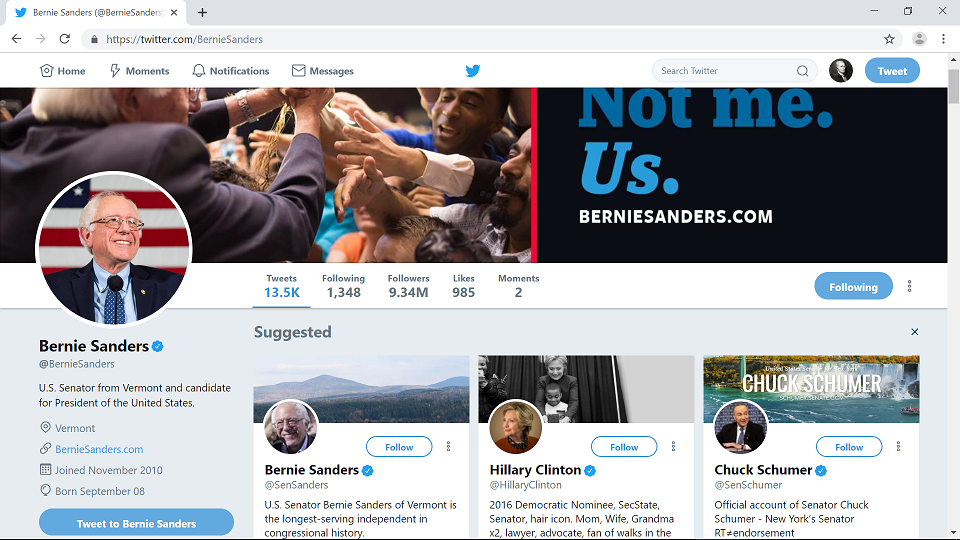 <no screenshot for Ted Cruz>

When I unfollowed all the politicians and followed @realDonaldTrump again, Twitter suggested me to follow Barack Obama. 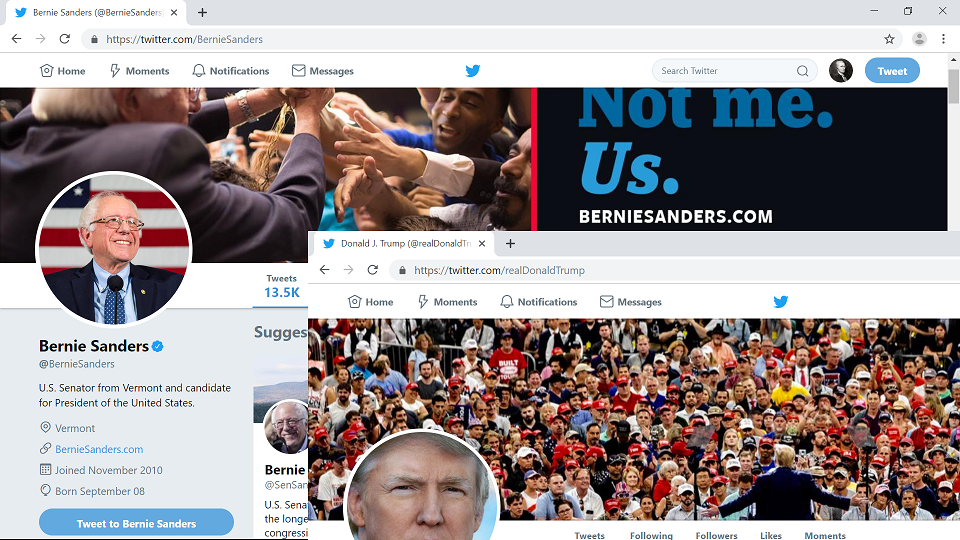 The experiment was conducted today, morning of June 27, 2019, in Austin TX.

Twitter feed frequently shows me and other users tweets from people whom we haven’t followed and which aren’t promoted or sponsored.