Reddit was mistreating r/The_Donald for some time. Google blacklisted r/The_Donald in its search results. Few days ago, Reddit censored, or “quarantined” r/The_Donald. This is the same Reddit which allowed Holocaust deniers to run the r/Holocaust, and had other Holocaust denying subs with names that are too repulsive to repeat. None of them was quarantined at that time. The Reddit sub r/Holocaust was described as “A subreddit to discuss “the Holocaust” [sic!] and its effect on the world today.” See its content in the screenshots below (warning – repulsive). 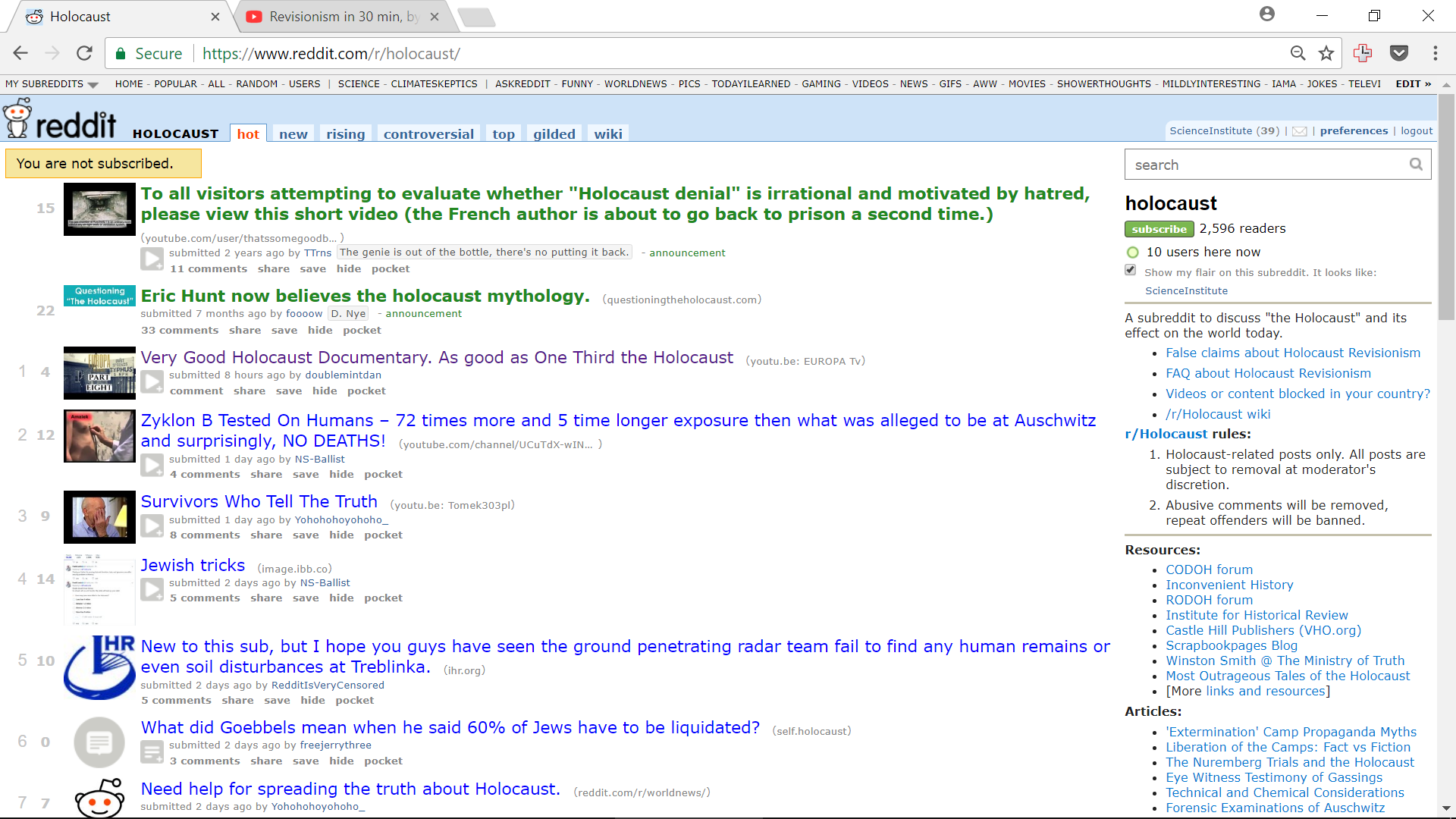 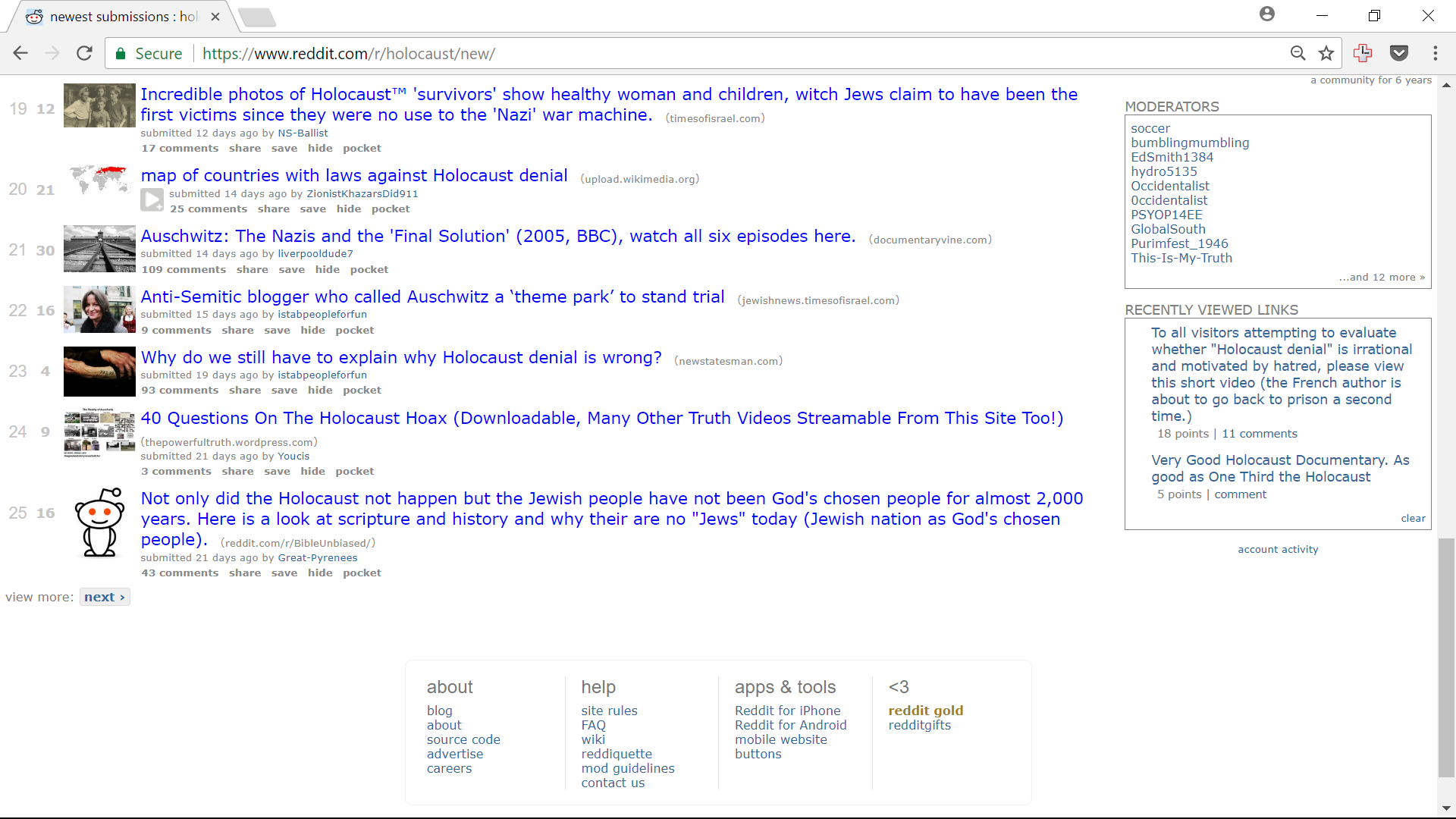 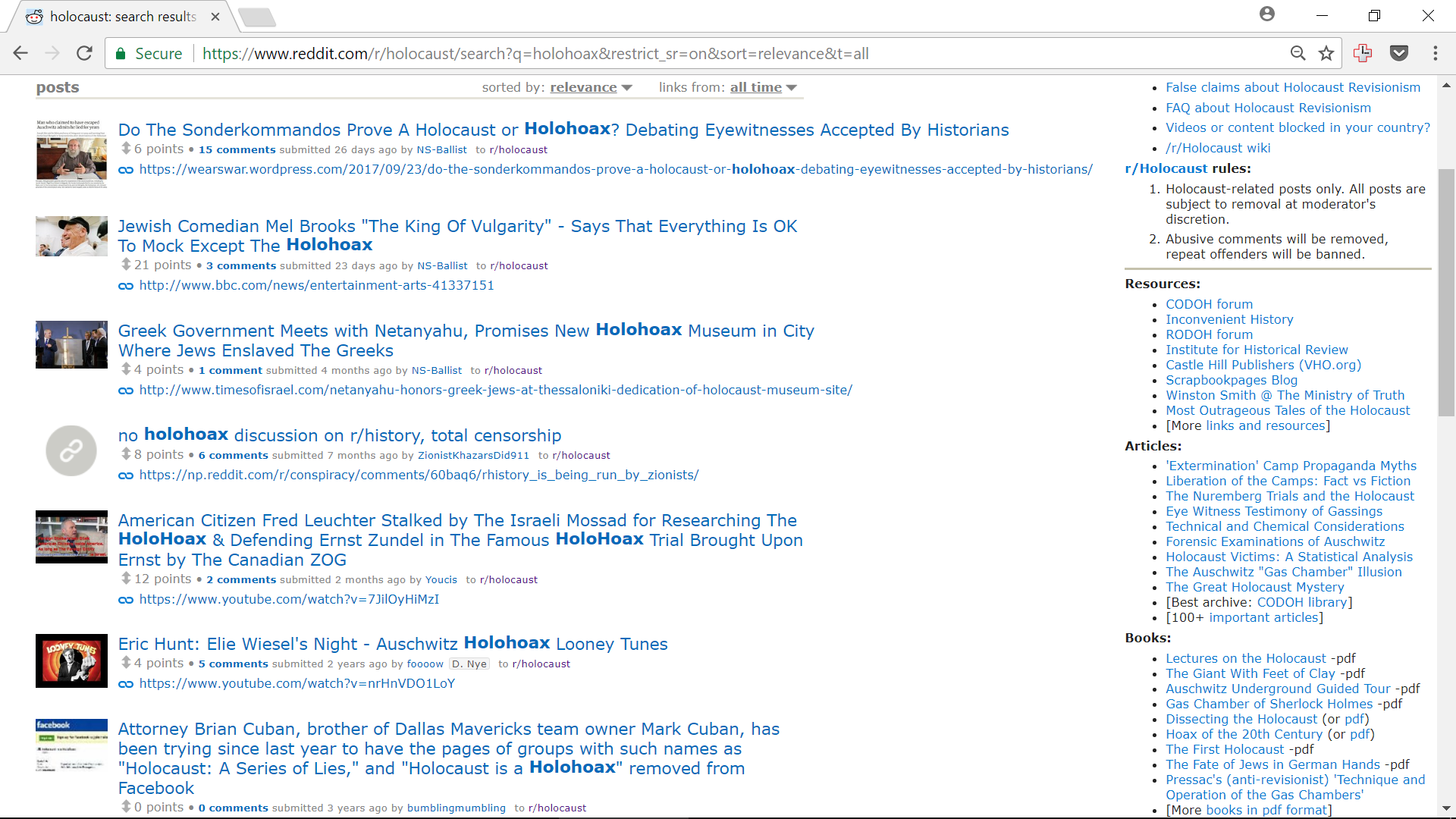 In addition, Reddit had special subs for Holocaust deniers, including r/Holoh–x. That sub was later deleted and even bleached in the webarchive. 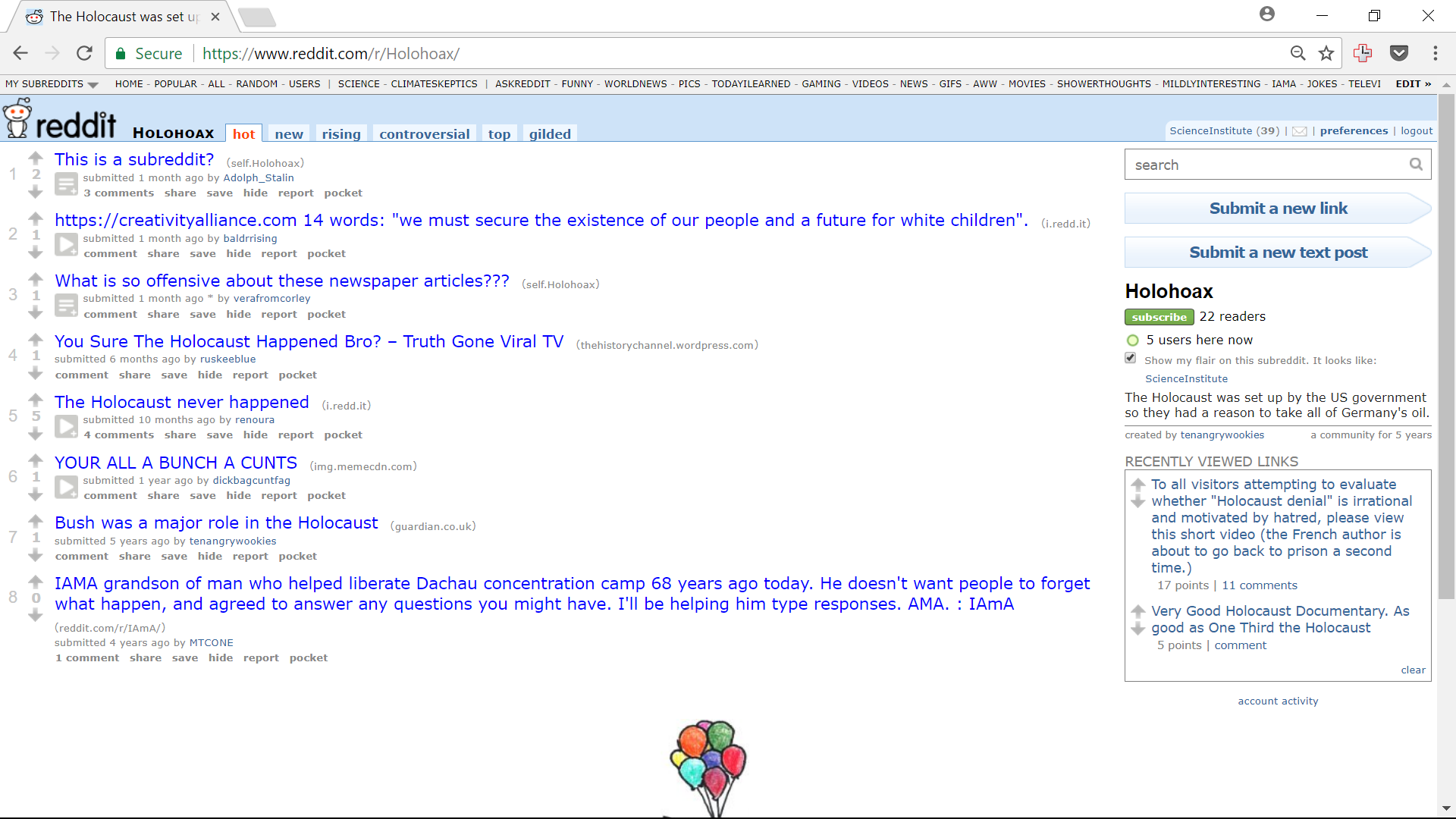 Dehumanizing content is all over Reddit (and bigger social media sites). From r/programming (T_D refers to The_Donald subreddit members): “T_D scum are not people. they are subhumans … Their very existence is a mistake that must be fixed ASAP.” The following screenshot was taken on 2017-08-25. 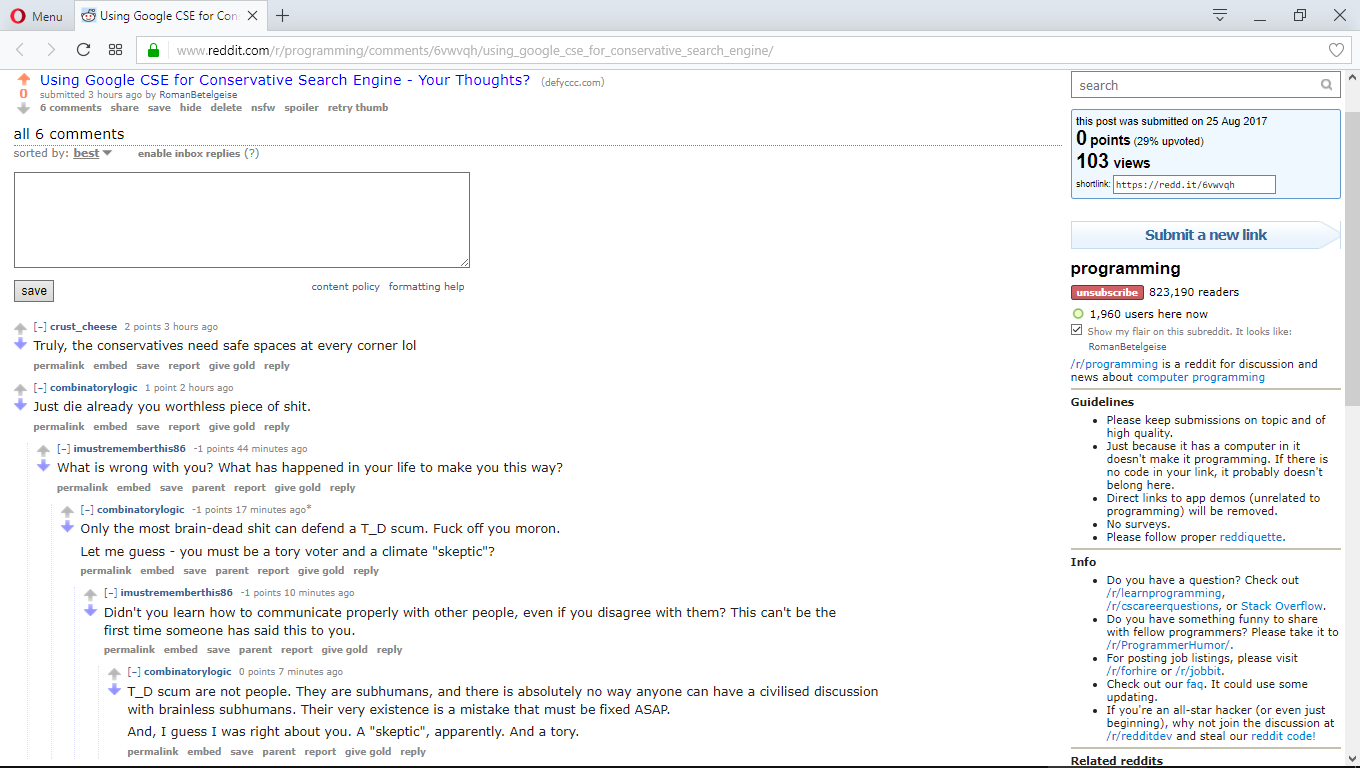 In the same time, Reddit fought against repeal of the Obamanet (Obama-era net neutrality), and displayed fake messages to incite the viewers against Trump-appointed FCC Chairman Ajit Pai and against Obamanet repeal. The following screenshot was taken on 2017-07-12: 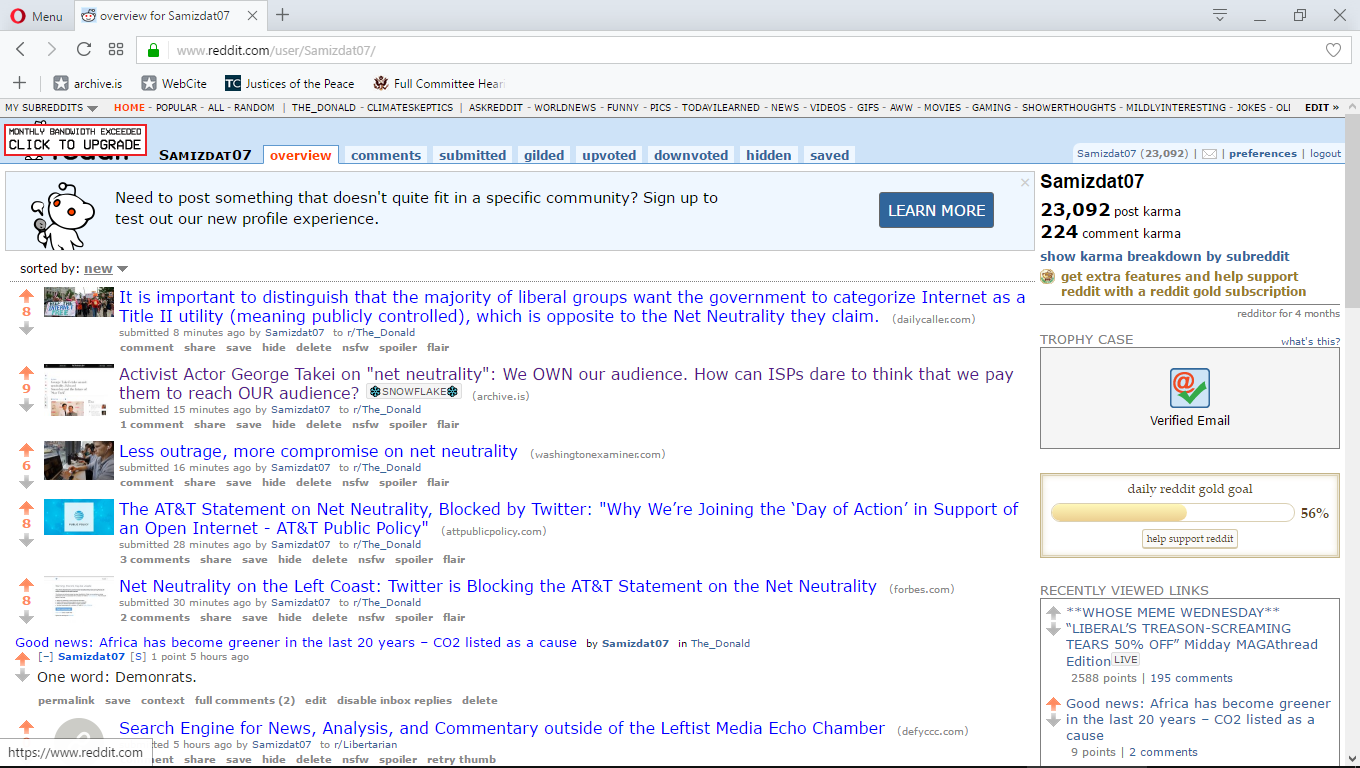 Reddit banned me in January 2017 for criticizing IPCC climate models.

I think it's [concern about global warming] mainly just like little kids locking themselves in dark closets to see how much they can scare each other and themselves. -- Richard Lindzen