Twitter made the phrase Kill All Jews Trending in New York on November 2, 2018 – four days before the Congressional elections. The trending topics are created by Twitter itself, not its users. My experience as a software engineer suggests that someone inside Twitter made this a trending topic manually, or tinkered with the software code to make this topic trending in New York, possibly to blame Trump for it. Twitter’s trending topics are not “information provided by another information content provider” for which it might be protected from liability under Section 230.

In July 2018, Twitter halted or banned paid (promoted) tweets from my account, directed by me to mostly Jewish audiences of my choice. In November 2019, Twitter banned my account from sending any paid tweets at all. That coincided with the ban on “political ads”. Twitter established this policy after Joe Biden complained about Trump campaign ads, exposing Biden’s Ukrainian corruption.

I think Twitter acts as a telecommunications common carrier for paid (promoted) tweets and must not discriminate against or among customers.

The term “telecommunications” means the transmission, between or among points specified by the user, of information of the user’s choosing, without change in the form or content of the information as sent and received

The following are screenshots of some of my paid tweets, illegally halted by Twitter before or during delivery. 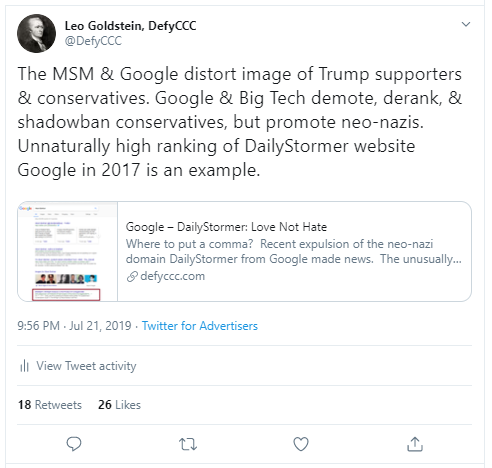 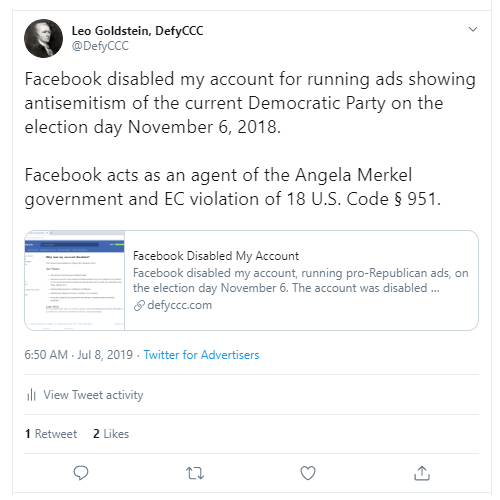 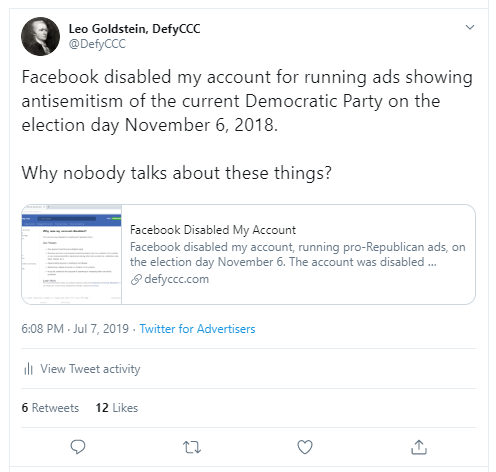 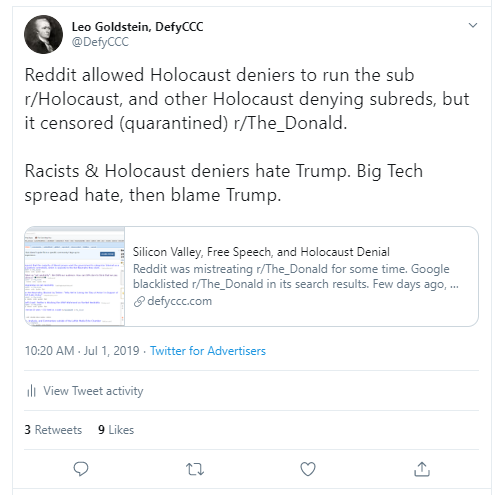 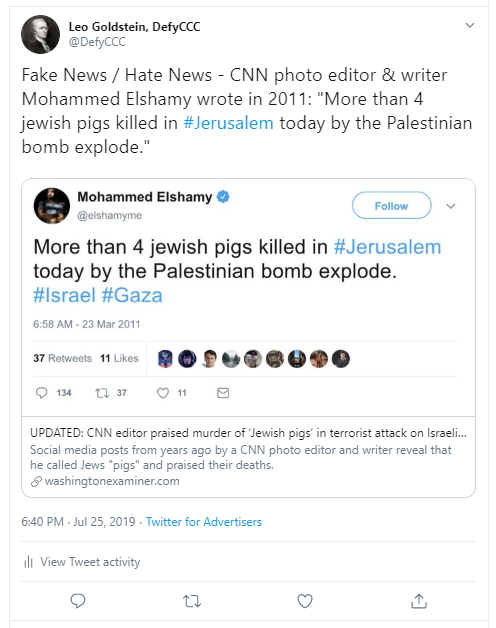 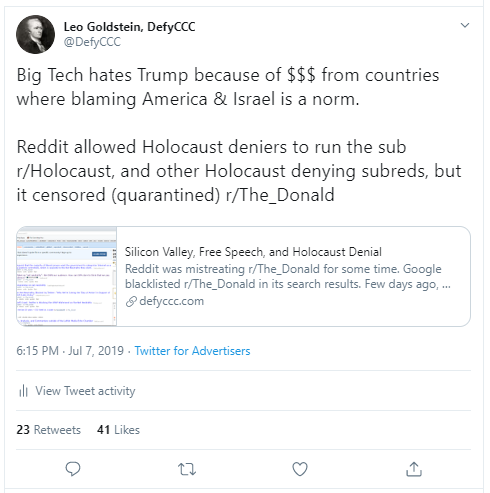