Ray Epps is likely a Democrat agent provocateur, not an FBI agent or asset. 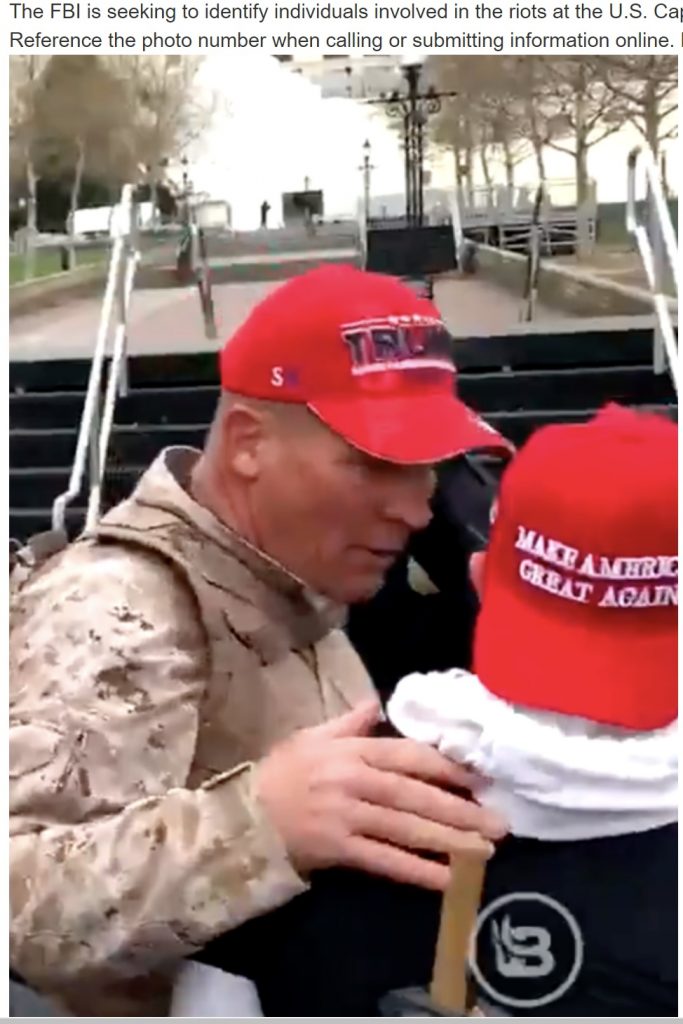 But the FBI is not the KGB. Its conduct is restricted by laws, its internal structure, and public oversight, to some degree. Even the corruption at its top levels was limited at that time.

The FBI does infiltrate various groups and sometimes provoke their members. These are called “sting operations”. The fake plot to kidnap Michigan Governor Gretchen Whitmer is an example of this, at an extreme. This example also shows that FBI agents stop a serious crime, at the earliest attempt. This is enough to charge the criminals with the attempted crime, and their accomplices with conspiracy to commit that crime.

This pattern repeats over and over. If the FBI agents are involved, they stop the criminals before the attack takes place. So it is extremely unlikely that an FBI agent would incite an actual attack, leading a crowd to breach the Capitol building, which might result in a murder of Senators and Representatives. Yet, this is exactly what Ray Epps did, probably not single handedly. Thus, it is implausible that Ray Epps was a FED, in this case.

Ray Epps’ photo was placed on the FBI’s WANTED list for almost six months and was removed only when he was officially identified by the New York Times. He was identified online within a few days since the publication of his photo.

Placing a known FBI agent or asset on a high profile WANTED list, after the relevant attack has taken place,  is also unlikely. People would recognize him, tip the FBI, and wonder aloud why he is not detained. This is what has likely happened. They did not have to put him on the list for “credibility” purposes – only unidentified suspects were placed on the list. So placing Ray Epps on the WANTED list would indicate that he was not a federal agent or asset.

In the popular case of Whitey Bulger, who had been an FBI informant, he was only placed on their WANTED list after he was no longer an FBI informant and had disappeared. There may be some other worrisome examples from the early 1970’s, but the FBI went through major transformations under Jimmy Carter, and were no longer allowed to operate in that manner.

So why would the FBI have Ray Epps removed from their WANTED list and scrubbed from all investigations, without being arrested or detained? If not protected by the FBI itself, then Ray Epps would have to be protected by someone bigger – possibly the Democrat-controlled DOJ.

Recently, the New York Times wrote a sprawling article in defense of Ray Epps, something they would never do for a Trump supporter who participated in the Jan 6 attack or for an FBI agent. He has not been charged with anything, not even trespassing, though he obviously did. The MSM hypothesis that Ray Epps is just a regular Trump supporter acting on his own will is hard to swallow. There is no evidence even that he was even a Republican, much less that he was a bona fide Trump supporter. And were he just an avid Trump supporter who incited violence, the media and the Jan6 committee would be calling for him to be in prison, possibly charged with insurrection or sedition. But the MSM’s uncharacteristic defense of him, combined with the Jan6 committee’s dismissal of him without charge, only serves to further raise suspicions that Ray Epps is being protected by the Dems.

Meet Ray Epps: The Fed-Protected Provocateur Who Appears To Have Led The Very First 1/6 Attack On The U.S. Capitol (Revolver News, October 2021)